Head Coach Noel Cassar has announced that he will step down at the end of the season to take some time away from coaching. 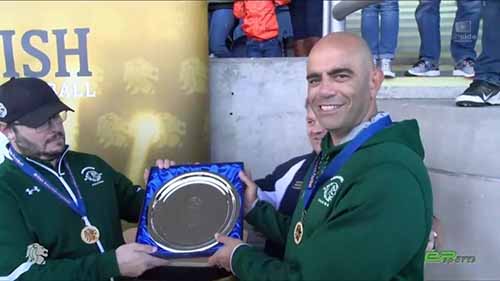 Noel has been Head Coach for the last three seasons, overseeing our fantastic unbeaten 2018 and promotion to the Premier League. He leaves behind a record of 25-9 as head coach. Noel was also coordinator for our Division 2 promotion in 2016.

Club president Guy Kersey says “I would like to thank Noel for all his efforts over the last four years, where he has had an incredible and successful record and achieved his goal of getting the Falcons to the Premier League.”

Noel remains in charge for the Falcons final two games and is committed to ensuring Premier League survival.

The Falcons will begin the process of accepting applications for the role in the off-season.